Click To Call Now (858) 216-4300 or Email Us!
Carglass1 San Diego Windshield & Auto Glass – Bullets through the Windshield
Previous Next

Bullets through the Windshield 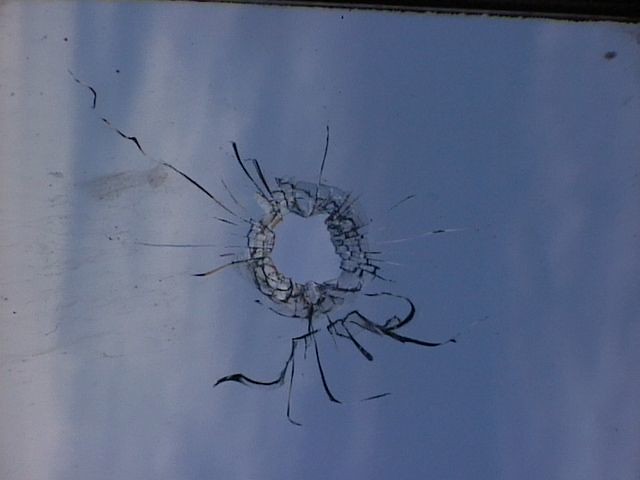 Shot through the windshield. (Photo Credits)

It is an eerie sight but it happens, and it is part of reality.

There are a lot of random stories on shooting through the windshield, one of which was featured by Fox 32 Chicago. AutoGlass Safety Council

“Clarke and her passenger, a visiting friend, were in traffic leaving the fireworks show when the stray bullet hit the windshield of her ‘98 Lincoln Town Car.”

Windshield Wiki Fay Observer meantime published a report on three police officers getting injured following bullet shots that shattered their windshield. “The officers, who Williams declined to identify, are part of the department’s Gang Unit and were responding to a report of shots fired.”

In Kentucky, bullet proof windshields for police cars is being proposed, as reported by Media Outfit WKYT.com.

“Stumbo is proposing the possibility of retrofitting cruisers with a bullet resistant laminate film. Stumbo says that might have changed the outcome in Ponder’s case. The speaker says the idea has been suggested by both law enforcement trainees and retired personnel.”

Read about it here.

Would you want a bulletproof windshield?