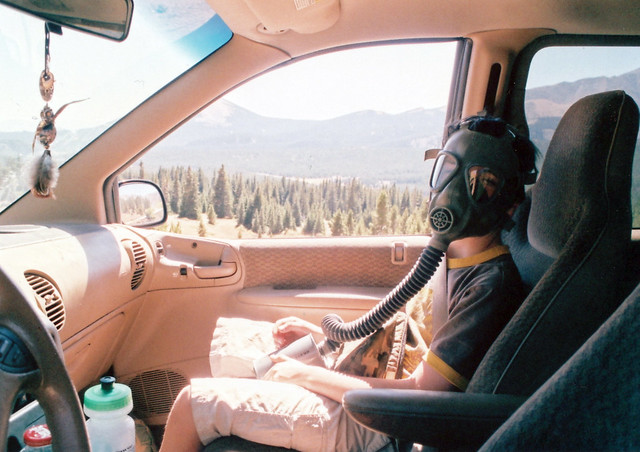 Does your car stink? (Photo Credits)

Having an unpleasant car odor can happen even with the neatest vehicle owner.

Wet matting, food that may have been left rotting in the car, soiled diapers, or even pet leaving a stinky stench.

“A good tip, one that truckers have been using for a while, is to add a ground coffee mix directly on the spot and leave it there for a week or so. The reason for that is that coffee contains a series of oils that absorb odors in general, not just gasoline. There is no need for expensive coffee, even the cheapest brand will do and it won’t even leave a stain on the carpet, so there is no danger.”

Smart Hacks TV meantime shared a clip of how to use Green Tea Tea Bags as car deodorizer. Windshield Wiki

“Actually, the tea bags are considered to be deodorizers when places in the car. The good thing they have over the other deodorizers bought in the store is that they are cheap and above all they will last for quite some months.”

Advertising Age meantime published an article on how one company specializing in removing unpleasant car odor continue to make it big.

“Cigarette smoke. Pet urine. Skunks. Vomit. Gasoline spills. Rat and roach droppings. Rotten food. Sour milk. Roadkill stuck in a car’s undercarriage so that the stink came through the vents. A spilled container of coyote urine that was supposed to keep skunks out of the garage. Those are just some of the smelly facts of life that can lead to odoriferous cars or trucks. Dealership salespeople and consumers avoid these stinkers, causing the vehicles to languish on the lot and lose value or get sent to the nearest auction. Mr. Simmons, sole owner of Odor Doctors, of Houston, has four employees — including his son — and 25 independent contractors that service about 500 dealerships in 25 cities around the country. Most of his customers are concentrated in Texas, Florida, Georgia, North Carolina and South Carolina. Mr. Simmons would not divulge Odor Doctors’ revenues but said he expects to expand into an additional 125 cities within three to five years.”

Read the rest of the article here.

How do you get rid of unwanted odors in your vehicle?