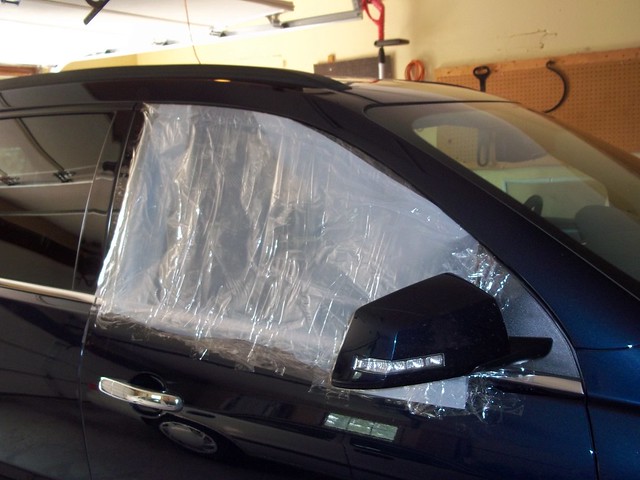 Can you smash a car window to save a life? (Photo Credits)

What would you do if you see a child locked alone in a car on a hot summer day?

Autoglass Safety This was the question answered by a woman featured over at popsugar.com. “Kristy Scales was in a Kansas shopping center parking lot on Saturday when she heard people screaming and saw crowding around a vehicle — a 2-year-old was locked in the car. She immediately ran closer to the car, which had the windows rolled up and started recording a woman who was swinging at the driver’s window with a tire iron. The woman, Sarah Oropeza, took about three minutes to get the window open and the child out.”

Life and Style Weekly also featured the same woman who saved the toddler from the hot car.

“Unable to break the window by herself, Oropeza tried using both a screwdriver and a tire iron given to her by worried passersby, but the glass still didn’t budge. ‘I was just praying, ‘Break the window. She is going to die,’ Oropeza recalled, finally able to shatter the window using a truck hitch.”

Check out the rest of the article here.

To avoid situations like this, a foundation has put up a challenge for parents if they could stay in a hot car with windows rolled up for at least 10 minutes. This challenge was featured over at wakavision.net. Windshield Wiki

“Kars For Kids is an organization that brings awareness to this exact issue in an effort to save the lives of children everywhere. In the video below Kars For Kids are running a $100 dollar challenge for adults to sit in a hot car as if they were a child and last 10 minutes. The results are astonishing and not a single one of the participants can stand the test of time. No amount of training can prepare a person for a window up and no airflow scenario. Claustrophobia was the main complaint from the willing participants; can you imagine what it would feel like with the choice removed?”

Read the rest of the details here.

Would you take the challenge?