Click To Call Now (858) 216-4300 or Email Us!
Carglass1 San Diego Windshield & Auto Glass – What you should know about windshields
Previous Next

What you should know about windshields 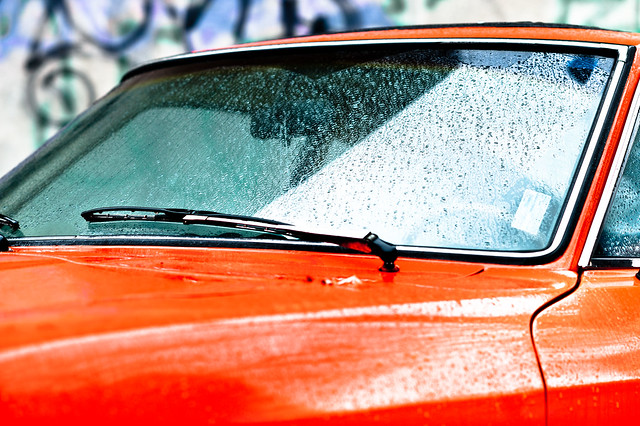 Windshields protect drivers and vehicles every day and yet it can sometimes be a neglected part of the car, especially when it is too clear to be noticed.

That however is not the case with a funeral hearse driver, who escaped an accident after a padlock came flying into his windshield, and eventually smashing it. British website Essex Chronicle featured this story in their website. AutoGlass Safety Council

“The ‘big industrial security-type lock’ smashed through the front window, damaging the divider between the front cab and the rear. Mr Pennack, whose company has been based in Great Baddow since 1740, had just dropped off some of his co-workers after finishing up in Broomfield earlier that afternoon. He said: ‘It was already dark and there was traffic heading the other way. Then all of a sudden, wham, there was a huge smash and the front side was shattered and there was a bang.’ The father-of-three, who lives with his wife of 50 years, said that he instantly stopped the car before making his way back to the office with the damaged screen still shattered.”

In Australia, a mailbox came flying through a windshield. The website Young Witness reported that a 63-year old man and his passengers sustained minor injuries following the incident that left them with a cracked windshield as well.

“A 63-year-old man got more than he bargained for at the weekend when a metal mailbox came crashing into his windscreen. The man was driving along Patterson’s Lane around 10pm when the incident occurred. He had one passenger in the car with him at the time.”

Check out the rest of the article here.

Over at Australia Windscreen Washers remain to be a hotly debated topic as featured by news media outfit ABC. Windshield Wiki

“They’re somewhat of a Canberra institution. Rain, hail or shine they’re there; squeegee in hand. Tales of windscreen washers at traffic lights are the stuff of legend in the ACT. But what is less well understood is just how strange that is. A quirk in the ACT Road Rules has meant Canberra is the only place in the country to allow the practice known as ‘roadside commerce’. Elsewhere it is either banned or paying someone for it is banned.”

Check out the whole article here.

Do you have any random stories on windshields?