Will it ever be Legal to Smash Car Windows?

Breaking a Car Window to Save a Pet 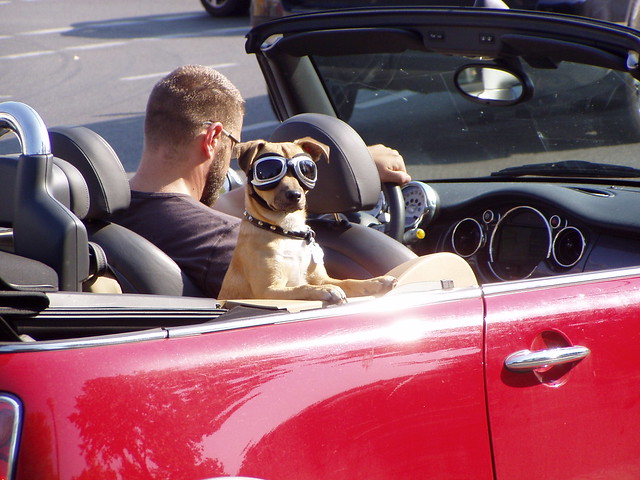 It is OK if you are driving a top-down. (Photo Credits)

If you are in Tennessee, and you forgot that you left your dog in the car, worry no more, because people there are allowed to smash car windows if they see that your pet is in danger inside your hot car.

In a report shared by the website Country Living, a law has been passed in the state to save pets from this fatal mistake. “Passersby might see the pooch panting in distress, but feel helpless to act. Thankfully, this can now be avoided in Tennessee: The Volunteer State recently joined 16 other states with laws against leaving animals alone in cars. Beginning this month, Tennesseans can legally break into unattended cars to save dogs from sweltering heat. The change comes after an extension to the state’s “Good Samaritan law,” which lets people crowbar doors or smash windows to rescue children. They can now do the same for pets.”

Dogtime.com lauded the move saying that the legislation took a notch higher existing laws in other states disallowing pet owners to leave their dogs inside their vehicles. “Offenders in these states can and often do face animal cruelty charges. But even in these states, it’s generally only law enforcement officers who are authorized to take actions like smashing a car window to free the animal. We need more, of course. Every state should mirror Tennessee and pass laws that give citizens the ability to intervene to protect animals suffering in hot cars without the threat of civil liability. People can be careless and unaware of the dangers a hot car poses to their pet. It takes only minutes for a pet to face death from heatstroke. Even with the windows cracked, an outside temperature of 78 degrees translates to up to 160 degrees inside of a closed car.”

Windshield Wiki. Read the rest of the write-up here.

Vancity Buzz shared that drivers may even lose their cars if they violate such rules. “The B.C. government said in a news release they are considering harsher punishments for careless people who start wildfires, including impounding cars for tossing cigarette butts out of the window.”

So will you still be opening that car window?